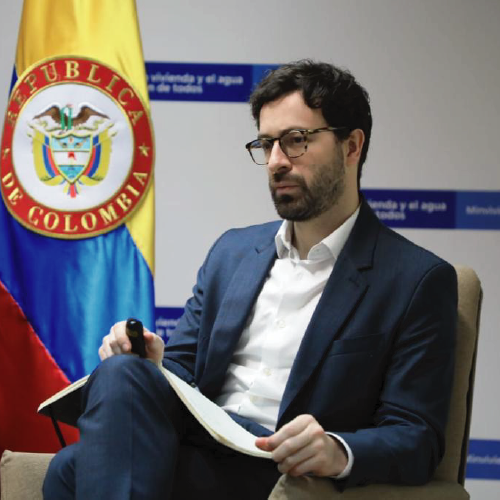 Hugo is an Internationalist from the George Washington University and he has a Magister from the University of Barcelona.

He has served as a consultant for the Inter-American Development Bank (IDB), and as a coordinator of development projects in several Latin American countries.

Prior to being appointed Director of Policy and Regulation of the Vice Ministry of Water and Basic Sanitation, he held the position of Advisor to the Office of the Minister of Housing, City and Territory between September 2018 and June 2020.