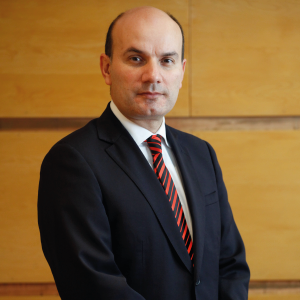 Jorge Cantallopts is Master in Financial Economics and Economist from the University of Santiago de Chile. 25 years of experience as an economist, of which over 20 have been dedicated to the analysis of the mining sector. From May 2014 to date he is the Director of Research and Public Policies of the Chilean Copper Commission (Cochilco), where he once served as Coordinator of Public Policies between 2007 and 2011. He is Chairperson of Standing Committee in International Copper Study Group.

He previously served as executive director of  MBChile consultant and advisor of the Mining Council. He has worked in areas of study and statistics in the Internal Revenue Service and  the Central Bank of Chile among others institutions.

He is the author of several articles on economics and mining policies, and has been professor of assessment projects, economic theory and market analysis of minerals in different universities in Chile.