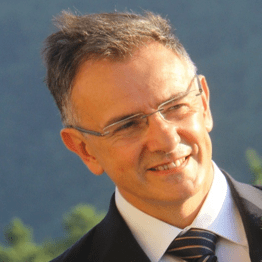 Corrado Sommariva is a consultant of international reputation in the field of desalination, power generation wastewater and sustainability. He has over 30 years of experience and has covered several executive positions in consultancy firms for the last 20 years. He has served the President of International Desalination Association (2011-2013), President of the European Desalination Society (2004-2006), Chairman of WHO committee for safe water use from desalination.

Dr Sommariva has published more than 100 leading papers and four books on desalination and sustainability and holds an honorary doctorate from Heriot Watt University for his contribution to the developments in this field. In 2015 he was honoured by the President of Italy with the title of Master of work.