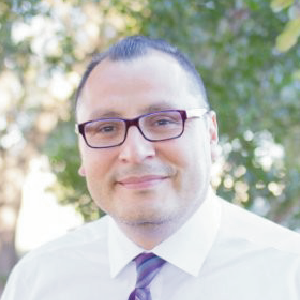 Born and raised in San Antonio, Nefi Garza has worked for both public and private industries. He attended the University of Texas at San Antonio (UTSA) and earned a degree in Civil Engineering. Beginning his career with private engineering firms, Nefi learned hydrology and hydraulics from great mentors and became a licensed Professional Engineer. His accomplishments include the public deployment of the Bexar County Digital Flood Insurance Rate Map (DFIRM) update as well as the successful establishment of a private hydrology and hydraulics practice. Nefi returned to the public sector with the City of San Antonio’s Public Works Department (formerly Transportation and Capital Improvements) in 2017, where he currently serves as Assistant Director over the Storm Water Division.